Now you can Automatically capture Screenshot of any Window, Primary Monitor, All Extended Monitors in a Multi Monitor Computer or Rectangular Screen Area as displayed in the screenshot below. Capturing Screenshot can be an easy way to Monitor an Application performance over a long time duration when you want a Macro Script to run unattended for a while. The Captured Screenshots can be stored as PNG File, BMP File or even a JPG File by selecting Image File Type as displayed in the screenshot below. 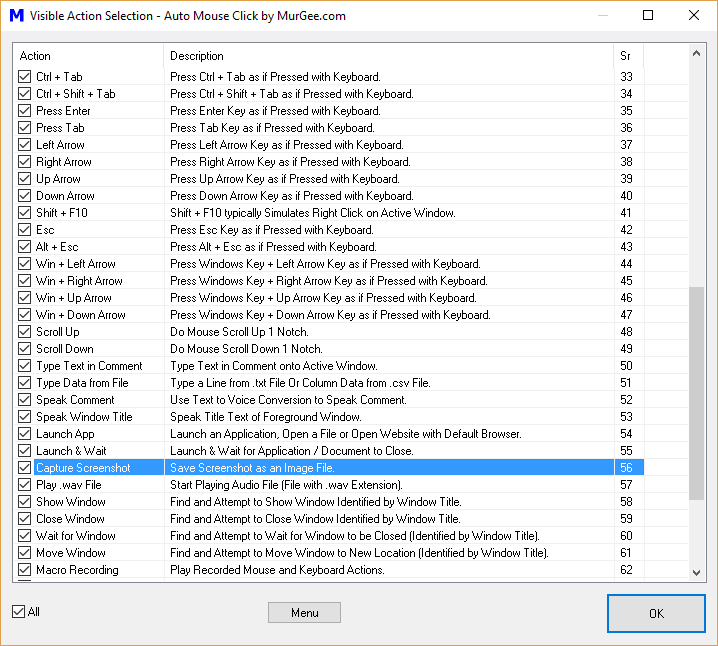 For All Actions which have configurable parameters available for an action in the script, an informational message is displayed to inform about the extra parameters. When you add the Capture Screenshot action in the list of actions in the Macro, you will see an information message displaying information on what to do next as displayed in the screenshot below. When you are comfortable with the Capture Screenshot Action, you can disable the information message popup from Settings of this Windows Automation Software Application.

All the Captured Screenshots are stored in a folder named as per the current script name and can be easily opened. When you capture Screenshot of a Window, the Screenshot file name is created by combining Window Name and current Date / Time. When capturing Screenshots of Screen Area or even Primary / All Monitors Image, the file name created is by creating a file name with Date and Time at the time of Screenshot Capture. 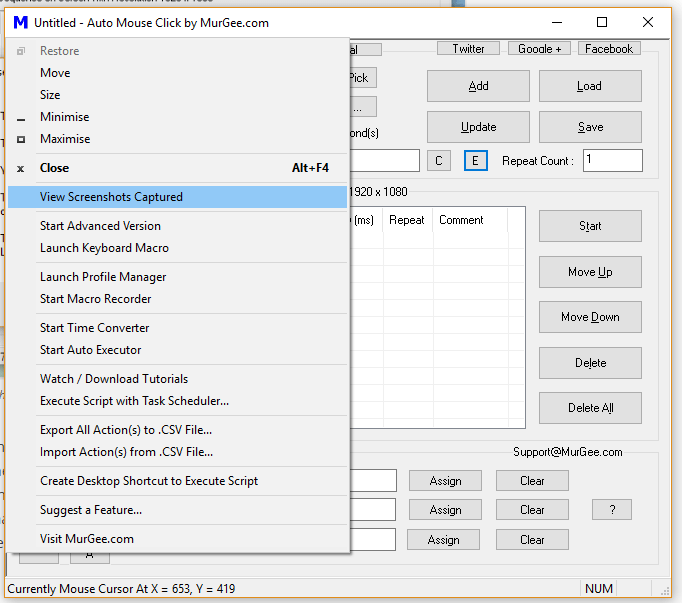