Now you can Animate Mouse Cursor Movements with configurable speed with the help of Animate Mouse to X,Y Macro Action. This new Mouse Automation Macro is available in version 18.1 and onward of this Windows Automation Tool. The given below screenshot displays the new Macro Action in Visible Action Selector and in Macro Selection drop-down. 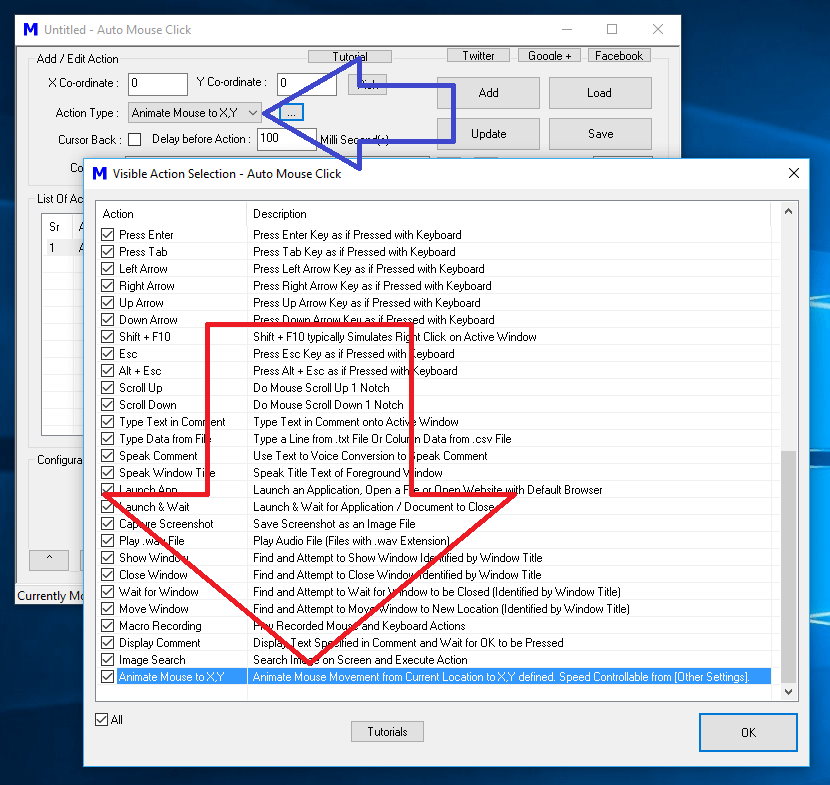 With Animation Support, you can make Automated Presentations and visually see the Movement of Mouse Cursor. When the Macro Action is executed, it reads current Mouse Cursor Position and reads the Screen X and Screen Y Co-Ordinates specified for the action and automates Mouse Movement from Current Screen Location to the specified Screen Co-Ordinates. The Mouse Cursor is moved in a linear direction from source location to the destination location. The Speed and Time Delay for the Mouse Movement Animation is configurable from Other Settings Screen as displayed in the Screenshot below. 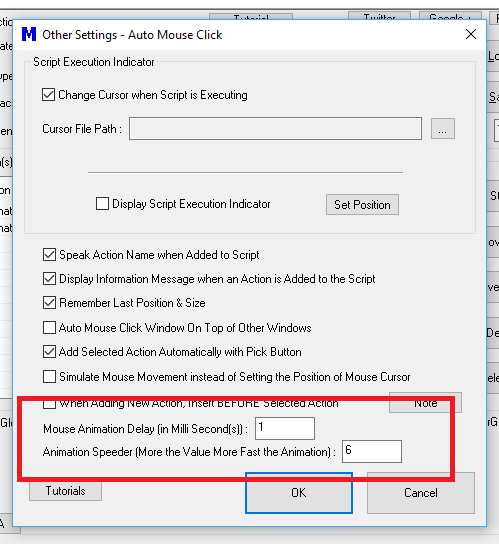 Control Mouse Animation Speed and Time Delay from Other Settings